On September 15th, Leo Baeck hosted two distinguished speakers from the United States in an educational and informative program entitled “Everything You Always Wanted to Know About the 2016 U.S. Elections.” 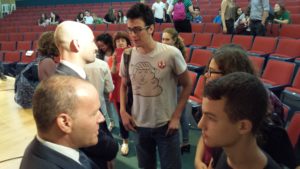