The Leo Baeck Education Center was established in 1938 as a kindergarten for children fleeing pre-war Europe. It was originally named the “Hillel” Kindergarten and Elementary School and operated under the direction of Rabbi Dr. Meir Elck. Rabbi Elck was a student of Rabbi Leo Baeck and acted in the spirit of his liberal Jewish approach.

During Rabbi Baeck’s visit to Haifa in 1947, the school was renamed in his honor.

From 1974 until 1999, Rabbi Dr. Reuven Samuels served as the second general manager of the Education Center. Rabbi Samuels introduced an innovative learning program in Judaism in the different grades, developed youth activities and initiated the opening of a Community Center for the neighborhood’s residents. In line with his vision, the Allan Offman Sports Center opened in 1990, which today constitutes part of the larger Center for Culture, Youth and Sport that has become a successful focus for community activities.

Following the resignation of Rabbi Samuels, Mr. Dani Fesler, who had been educated at Leo Baeck, became its third General Manager.  Mr. Fesler’s tenure has been marked by continuous activity and development, and in 2002 the Center and its manager were awarded the State Education Prize. 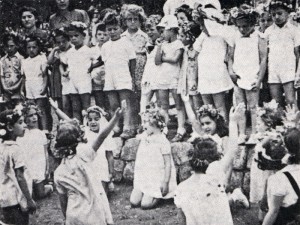 1947 – Rabbi Leo Baeck visits the school, which is renamed in his honor 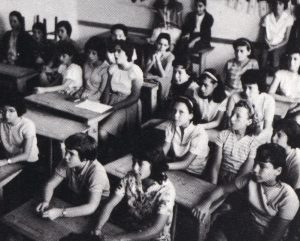 By Rabbi Ofek Meir This year, as an educator, I have a heightened sense of responsibility because we are living in times of crisis and difficulty. Our world fell apart in one fell swoop with the outbreak of the COVID-19 pandemic. In confronting this, crisis, I believe that education plays an … END_OF_DOCUMENT_TOKEN_TO_BE_REPLACED