In their remarks to the audience of 90 campers and their families, Omer and Jennifer stated: “We are very proud of our long-standing partnership with the Leo Baeck Education Center and especially of the Arab-Jewish Summer Camp — a true and significant model of shared existence for all of Israel.”  The ceremony included greetings in Hebrew and Arabic by several campers, and by Samia Diab, Director of the Leo Baeck Community Center, and Avishay Keynan, Camp Director, and concluded with a bilingual “looper” musical performance. Following the ceremony, campers and their families enjoyed a relaxing afternoon at the community center swimming pool.

During the weeklong “Friendship Camp” session from August 12 to 17, 45 Jewish and 45 Arab children aged 6-11 from the Haifa area enjoyed a variety of activities aimed at getting to know “the other,” fostering friendships, trust, and connections, through teambuilding and fun. The camp program, organized by Avishay Keynan, and Eiman Ayad, Jewish and Arab camp directors, and led by an equal number of Arab and Jewish counselors, included:

Enthusiastic campers and their parents can’t wait for next summer’s camp session! 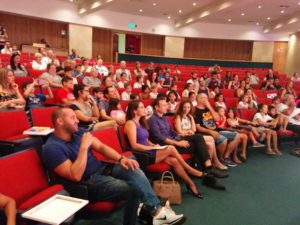 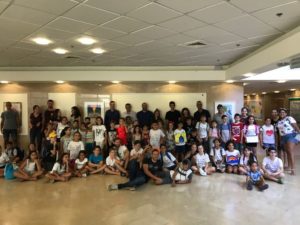 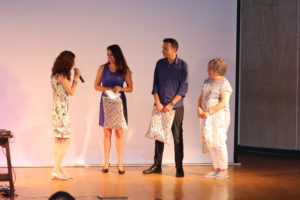 Partial funding for the camp is provided by the United States Government through the kind assistance of the U.S. Embassy in Israel. 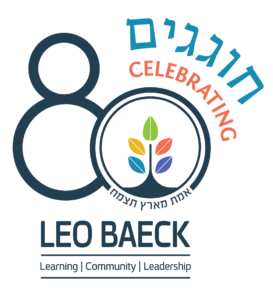 Cecelia (Teedy) Appelbaum passed away on Friday, December 20 at the age of 97.  She and her late husband, Irving, were supporters of Leo Baeck for more than 50 years.  The family has asked that donations be made in her memory to support the Appelbaum Bet Tefilla at the Center. To donate please go … END_OF_DOCUMENT_TOKEN_TO_BE_REPLACED

Be sure to vote for our project to receive $10K Click here to vote! … END_OF_DOCUMENT_TOKEN_TO_BE_REPLACED